Godot Engine, or simply Godot, is a very popular open-source game engine that is now gaining popularity, especially in the indie game industry.

A game engine is a reliable tool that handles all the complicated tasks for game developers by providing them with a system that is commonly needed in game development from the beginning so that they can concentrate on game development.

For example, “displaying characters on the screen,” “sound effects sound when buttons are pressed and the screen changes,” “shining light on 3D objects and drawing shadows,” and “causing damage when a beam of light hits an enemy,” etc., are all common game development tasks that would be difficult if created from scratch. The game engine takes care of these processes for us.

In this article, I will explain the first step to start using Godot, which is to download it (very easy).

Godot is multi-platform. The files are available for almost all computers with major operating systems (Windows, macOS, and Linux) installed.

Select the tab for the operating system of the computer you are using.

There are two versions, the differences are as follows. 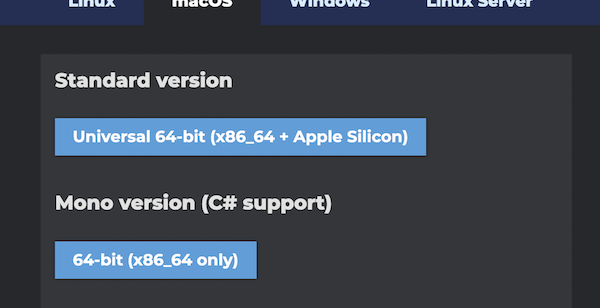 Since Godot is still placed in the same location (file path) where it was when you downloaded it, move it to a location that is easy for you to find as a storage location. It is common practice to put it in the same place as other applications.

If you are a Windows PC user, we recommend moving the application to C:¥Files since that is generally where it is installed.

Finally, double-click Godot to launch it. If the Project Manager window appears, it means that Godot has been launched without any problems. Now you can finally start developing your game. 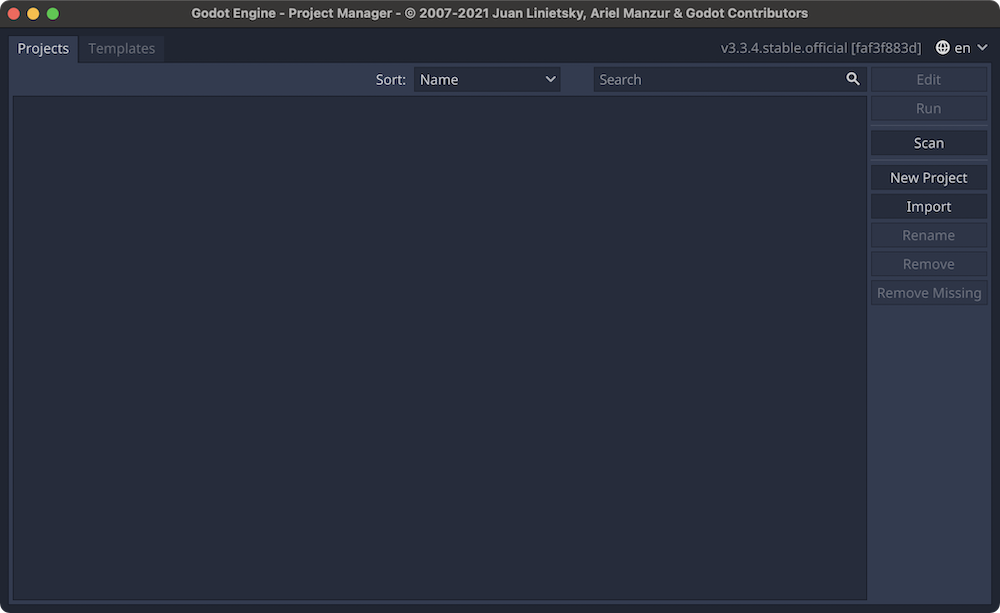 In this article, we will discuss the first step in getting started with Godot: downloading Godot. Godot is a lightweight, cross-platform game engine that can be used by almost anyone with an Internet connection and a PC.

Godot Official Website also has a lot of useful information, so it would be a good idea to take a look at that as well when you start using Godot.